Take the Journey of a Single Thought to…

A Time to Quiet your Mind

A Place to Heal your Body

A Pathway to Renew your Spirit

A Mentor to Guide your Soul

A Philosophy to Transform your Life

Our Services are in Baltimore, Maryland and Surrounding Areas in Maryland

Since the beginning of time, mothers have sung soothing lullabies while rocking babies in their arms. This repetitious melody and continuous motion are both calming and hypnotic.

The power of suggestion has motivated mankind since the beginning of recorded time.

Ancient people the world over have used the hypnotic practices of  drumming, dancing, and chanting to induce an

altered state of mind for the purpose of healing, uncovering memories, and spiritual revelation, performed by tribal shamans, witch doctors, and medicine men and women, based on the belief that the mind can heal the body.

Over 4,000 years ago, the founder of Chinese medicine, Wang Tai, used words to accomplish healing.

In ancient Egypt and Greece, and during the Roman Empire, as early as 1000 BC, sleep temples were places that priests introduced the procedure and practice of suggestion – sleep – cure, the belief that the mind can heal the body.

In 350 BC, Hypocrites, known as the Father of Modern Medicine, concluded that “all feelings and emotions originate in the brain and are the source of any disease of the body.”

Success of these temples and belief in the practice of suggestion later spread through Europe. This led to modified therapeutic versions of hypnosis, reflecting he culture of the time. During the first century, England was first to include the practice of laying on of hands along with healing hymns and chants written by the Church of England. This was referred to as suggestion-healing; today it is called mind/body healing.

During the 1700’s, Viennese physician, Franz Anton Mesmer, developed the process of prolonged eye fixation to balance the animal magnetism, improved health in his patients, referred to as mesmerism.

In the 1800’s, English physician, James Braid, who studied Mesmer’s work and the practice of suggestibility, introduced the

Indian culture acknowledges the concept of higher self, meditation, and other altered states of consciousness. Portuguese priest, Jose Custodia de Faria, referred to hypnosis as lucid sleep, determined that the better your concentration, the more easily you are hypnotized.

In the late 1800’s, French doctor Jean-Martin Charcot, discovered that some neurological symptoms were psychologically caused from unwanted memories.

Progress and development of modern hypnotherapy gained medical interest and acceptance through research in suggestibility and pain control by an American psychologist, Clark Hull, following World War II, when it was discovered that hypnotherapy was especially helpful in treating soldiers with battle fatigue, injury, shock, and what is now called (PTSD), “post-traumatic stress disorder.“

French doctors Libeault and Bernheim, from the famous Nancy Medical School, introduced calming words and soft voice for hypnotic trance. They also emphasized the importance of the doctor/patient relationship and introduced the use of pscho-therapeutics and hypnosis together. Today, psychological life coaching skills and hypnosis techniques are integrated together as a modern therapeutic approach and self-help template implemented in a variety of formats, such as “Goal Imagery™” and “HypnoCoaching™” and “Mentor Hypnosis.™”

Philosopher and psychologist, Carl Jung, studied the phenomena of altered states of consciousness and developed the theory of the “collective unconscious”, which is referred to today as “super-conscious thoughts.”

In the late 1800’s, French psychiatrist, Sigmund Freud, introduced the concept of the unconscious mind and developed free association techniques and the use of imagination as a variation of suggestion therapy in psychoanalysis. During this time, it was discovered that suggestions, when given in relaxed trance, remained during the waking state of consciousness. Today, this is called “post-hypnotic suggestion.”

In the early 1900’s, French pharmacist, Emile Coue, discovered the power of auto-suggestion, or waking suggestion, introducing the concept of “Self-Hypnosis.”

His famous auto-suggestion formula is “Everyday in every way, I am getting better and better.”

Today, the practice of self-hypnosis and the power of suggestion through the use of positive psychology, with life-enhancing statements or suggestions are referred to as “Affirmations.”

Dr. Milton H. Erickson, the Father of Hypnosis, introduced the concept of reprogramming the mind through suggestion therapy for effective change in both attitude and behavior, or called “mind/body communication.” This latest hypnotic technique is now referred to as (NLP), Neuro-Linguistic Programming or Neuro-Linguistic Psychology, the ability to reprogram the mind for personal achievement like programming a computer for updating information and performance.

The concept of hypnosis was introduced to America during the American Revolution. In the 1930’s, stage hypnotists entertained audiences with fun, comedic demonstrations, which distorted the view of the therapeutic benefit of hypnosis.

Today, Hypnosis and Hypnotherapy is recognized as a profession of standing in the business archives of the United States. As defined by the U.S. Dept. Of Labor, D.O.T. 079.157.010: “Hypnotherapist – Induces hypnotic state in client to increase motivation or alter behavior pattern through hypnosis. Consults with client to determine the nature of problem. Prepares client to enter hypnotic states by explaining how hypnosis works and what client will experience. Tests subject to determine degrees of physical and emotional suggestibility. Induces hypnotic state in client using individualized methods and techniques of hypnosis based on interpretation of test results and analysis of client's problem. May train client in self-hypnosis conditioning.”

The National Institutes of Health (NIH) opened an Office of Alternative Medicine (OAM), which currently oversees and funds research since 1992 for alternative therapies including guided imagery, hypnotherapy,and continues to work with hypnotists and hypnotherapists throughout the United States of America. Scientific research in hypnotism is being conducted in teaching hospitals nationwide to document the medical usefulness of hypnosis.

Modern methods and applications have made hypnosis a trusted and useful science. All the techniques mentioned throughout the history of hypnotism are used in present-day hypnosis. It is now highly recognized as an important tool in the healing arts, social sciences, psychology and human services, the performing arts, and sports performance.

Hypnosis is used by the Armed Forces, law enforcement agencies, major corporations, professional sports teams, the Olympic athletes all over the world, and educational institutions, hospitals and health care centers throughout the entire world.

There is an abundant resource of articles and information on hypnosis in The Journal of Hypnotism, and Hypnosis Today by the National Guild of Hypnotists, and on the internet with a multitude of global websites.

World Hypnotism Day, January 4th, was established to help educate the general public of the truth and benefits the timeless and natural process of hypnotism has to offer anyone.

Since it’s conception in 2005, hypnotism professionals in 22 countries have participated in supporting World Hypnotism Day, bringing the power of hypnosis to the world.

This is where professional hypnotists and hypnotherapists have the opportunity to share their thoughts, ideas and experiences for the world to see, and combine their efforts presenting events in their area to promote hypnotism and help the general public become more aware of hypnosis and the benefits it offers any individual desiring personal change, and end the struggle of will power and use the beneficial process of hypnosis to achieve positive changes and to reach personal goals. 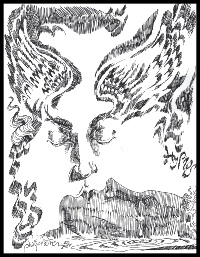 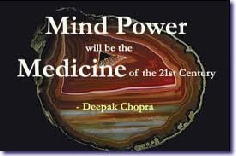 THE  HISTORY  OF  HYPNOSIS

Hypnosis is the Future…

Hundreds of Thousands of People…

Take Advantage of the Benefits of Hypnosis!

For more information or

to schedule an appointment

For Local Clients: Our office is located in Baltimore, Maryland and Surrounding Areas in Maryland: